Manchester Airport has announced plans to concrete over former greenbelt land around Sunbank Lane to make way for a 'World Logistics Hub'.  The area is currently home to residential houses and greenfields and also borders onto Cotterill Clough - a Site of Special Scientific Interest.
The plans involve the construction of around 43 warehouses and office units of various sizes on land adjacent to the A538, as well as 1,473 carparking spaces, 134 bike parking spaces and a re-landscaped green zone.   The plans form part of the wider Airport City Enterprise Zone.  More details can be found here: http://www.airportcity.co.uk/master-plan/world-logistics-hub/# 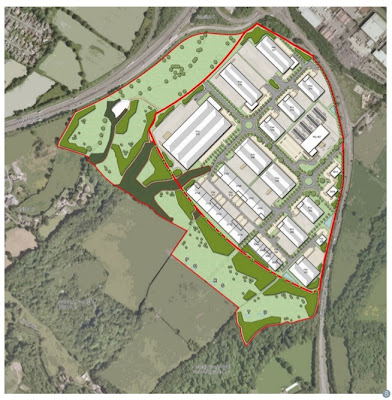 The Airport 'anticipate' that 1800 jobs will be created over a 15 year period.  However, a report on the wider Airport City proposals in Autumn 2011 by the Campaign to Protect Rural England found that many of these job creation projections actually involved displacing pre-existing jobs from elsewhere in Manchester, as firms relocate to take advantage of the cheap business rates on offer.

The land around Sunbank Lane was recently taken out of the Greenbelt in Manchester City Council's 'Core Strategy' which was approved in July 2012.  Many residents say they were not informed or consulted of these plans.  Audrey O'Donovan said,  "As a resident and chairman of Ringway Parish Council I am appalled at the lack of consultation by Manchester Airport when removing Oak Farm and surrounding area out of the green belt and changing the planning status enabling them to once again encroach on our countryside. All in the name of so called progress. What concerns me is the World Logistics Hub as they have called this latest expansion will expand to the other side of the A538 spreading their operations still further into our very small Parish of Ringway."


The Airport have published an 'informal' consultation document with images of the plans.   They say they intend to submit a formal planning application to Manchester City Council at some point in August 2012.  Objectors will have 21 days of formal consultation period to submit their views upon registration of the application. 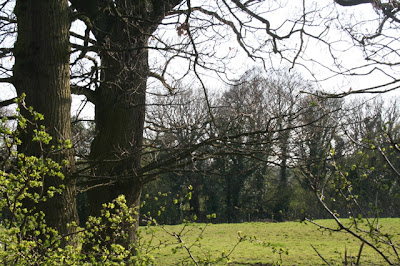 Stop Expansion at Manchester Airport organised a 'Biodiversity Walk' around the affected site in May 2010.  Shortly after local activists blockaded the current World Freight Centre and staged an airside protest around the wheel of Monarch Airline jet against plans to expand the airport and demolish local homes.
Posted by Robbie