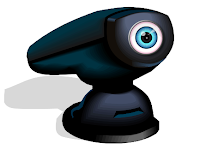 Manchester Airport is at the vanguard of biometric ID trials that were planned for rolling out across the country, but the programmes have been beset with technical hitches and staff opposition. The airport trialled the UK’s first biometric access control portal for staff, using iris recognition to monitor and control access to restricted areas. The biometric identity cards were to be compulsory for all staff at Manchester and London City Airports. Pilots warned that they would not co-operate with the trial. The ID scheme was quietly scaled down earlier this month, abandoned for existing employees, with only new staff expected to apply for an ID card.

Biometric face recognition for passengers, with five machines at Terminal 1 targeting so called ‘high risk’ passengers, began in August 2008 but has met with technical problems. Initially, the kit was set so that an 80 per cent likeness with passengers’ digital passports. David Lepard writes in The Times that leaked information from a member of staff claimed the machines were throwing up so many false negatives, a 70 per cent error rate, that long queues were developing, so the machines were recalibrated to a 30 per cent likeness. Ron Jenkins of Glasgow University, a leading expert was of the opinion that this would render the machines so ineffective as to be unable to distinguish between UK Prime Minister Gordon Brown and actor Mel Gibson, or between Osama Bin Laden and actor Winona Ryder. The UK Border Agency categorically denied that the machines had been recalibrated.